“You always own the option of having no opinion. There is never any need to get worked up or to trouble your soul about things you can’t control. These things are not asking to be judged by you. Leave them alone.” 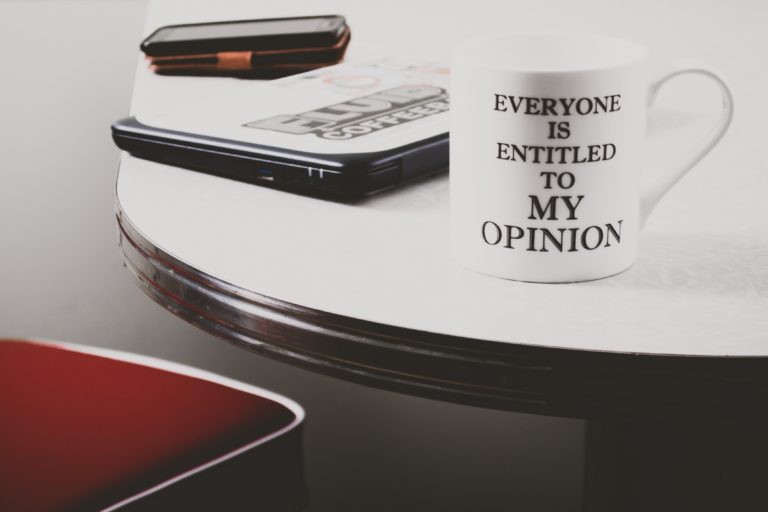 Before you spend your time worrying about something, what if you took the time to decide if it was worth having an opinion about? There are so many things in this world that have no impact on us whatsoever. So why waste your time on these things? How much energy is wasted on who a celebrity is dating or not dating? Or the fact that they were seen in some untrendy store wearing sweatpants and a baseball cap?

Have you ever been around someone that had to give their opinion on everything? As if they they were imparting some great wisdom by giving you their uninformed opinion on something that didn’t even matter? In most cases, when we think that everyone else is entitled to our opinion, we tend to show how uninformed we really are.
Or if it’s something small and trivial, that we’re just a petty gossip.

I often hear people talk like this about political matters as if their opinion on what some pundit had to say about someone else, actually mattered. Would actually have an impact. If these things don’t have any effect, why waste time and energy on them?

The next time you find yourself talking about the stupid thing that so celebrity or some politician said or did, ask yourself, “Do I really need to have an opinion on this?” And save that precious time doing something that matters.